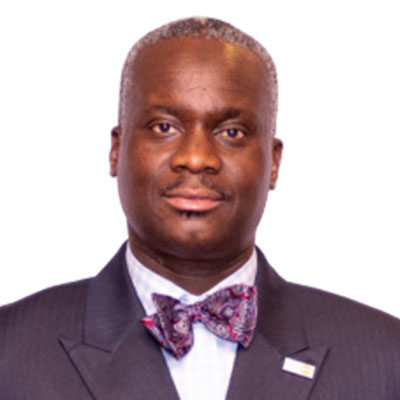 Dr Ademola Olajide is the United Nations Population Fund’s (UNFPA) Representative for Kenya. Until this appointment in July 2017, Dr. Olajide served as the Chief, Non-Core Funds Management Unit in the Office of the Executive Director, UNFPA headquarters in New York since May 2015. At UNFPA, Dr. Ademola and his team worked in developing clear processes of allocation of non-core throughout the organization.  This included determining allocation limits for regions and countries to ensure better planning and co-ordination.

Dr. Olajide served as the UNFPA Representative in Namibia in 2014 where he spearheaded efforts in population data and evidence gathering, while supporting interventions that enhanced reproductive health and gender equality.

Previously, he served as the Head of Division, Health, Nutrition and Population African Union Commission in Ethiopia from 2011 to 2013.

His earlier career was with UNICEF and UNFPA in Nigeria, where he held various positions such as Programme Adviser, Reproductive Health Adviser, National Programme Officer as well as HIV/AIDS Specialist.

Before joining the UN he served as the Executive Director, Group Medical Practitioners in Nigeria from 1995 to 2002.